South African Menswear Week is Africa’s only stand-alone platform dedicated to the growth and promotion of menswear within the African continent. The designer line-up was stronger than ever before. A number of new and emerging menswear designers have been identified, and established designers have also joined the line-up. The venue to showcase the July SS16 collection was ideal, when it comes to showcasing the very best of South-African menswear the venues have always been a unique dimension.  The Greenpoint Stadium (Cape Town) was the perfect venue, adding the sporty underground concrete strength that personifies masculinity. 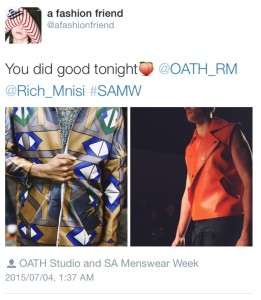 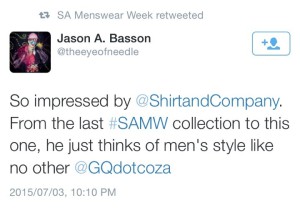 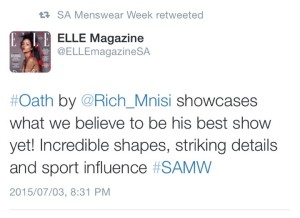 #SAMW has provided a world-class platform for menswear designers to express themselves over a series of shows which stretched over four days. The objective was to be the leading platform in terms of innovation, trends, production and most importantly, the promotion of the designers.  It’s about building credibility for the platform that will enable designers to grow their businesses. The Fashion event production seemed professional; only the best of established and upcoming designers participate each season.

LISOF’s very own Rich Mnisi who developed his brand OATH in 2014 is a Fashion Design and Business Management Graduate. Rich won Best RTW (ready-to-wear) Collection at the LISOF 2013 graduate fashion show and also an award for Best Fashion Media student. OATH is purely associated with freshness, and a unique blend of young contemporary Fashion. As a brand, OATH connects with the audience through displaying visually textured manufacturing and treatment on clean silhouettes. Pop culture and contemporary sportswear is as prominent and directs Rich Mnisi and OATH’S approach. At SAMW SS16, OATH by Rich Mnisi, showcased his best work yet. Rich Mnisi left the audience thrilled and full of praise for OATH Studio. OATH has already grabbed the attention of both local and international media. LISOF Alumni are setting standards in the world of fashion.

Earlier this year Rich Mnisi spoke to ‘Style Africa’, he said; “My design aesthetic is very young and ‘dope,’ very high-fashion-sports accompanied by visually textured prints on clean silhouettes and through the influence of pop culture and nature, a versatile and fashion forward signature is achieved” 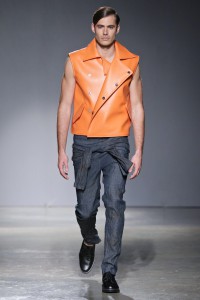 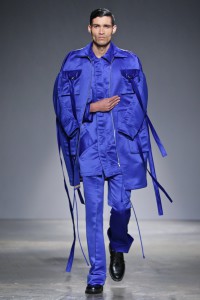 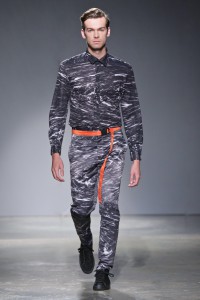 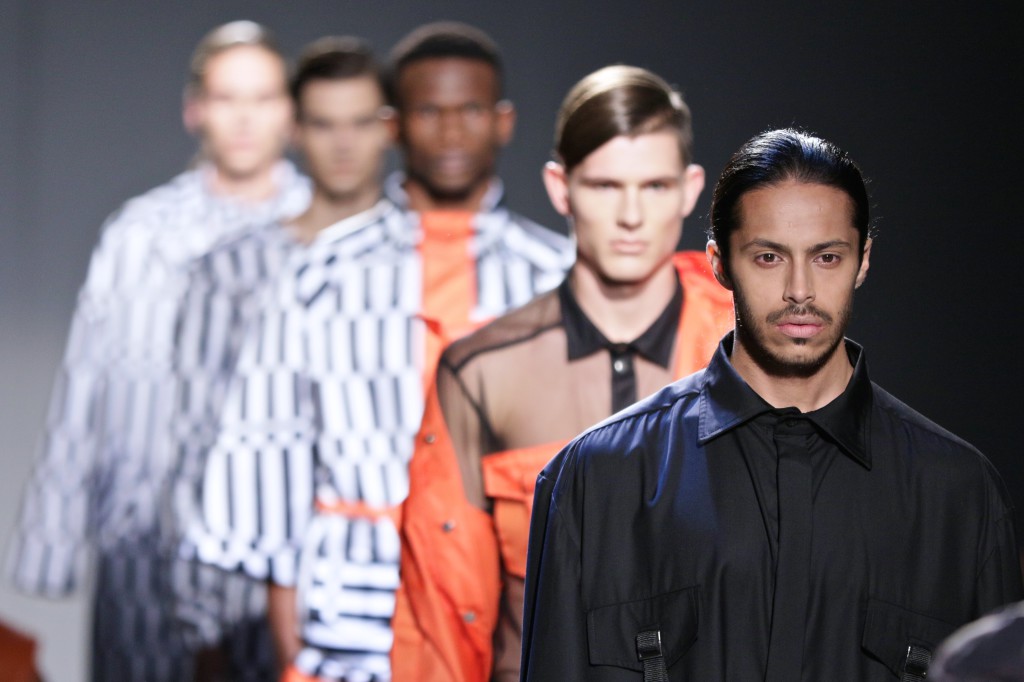 The brand, launched in the 90s, became popular because of its Afro-vintage style.

Craig Port has a passion for fusing modern design with classic staples.

Originally from Thailand, Suwannapha was a fashion designer and business owner manufacturing and selling under his own CHULARP fashion brand

Ruald Rheeder studied fashion in Cape Town and has refined his expertise working alongside many South African designers.